The Russian G20 Presidency. Growth and development in the multipolar context 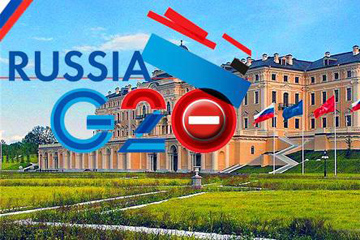 The Russian Presidency of the Group of Twenty, that began on 1 December 2012 and ended with the Summit in St. Petersburg on 5 and 6 September 2013, took place in an international context fraught with political uncertainties and the economic interests of its main member countries. To these were added the misunderstandings between Moscow and Washington in the margins of the Syrian problem and the Snowden case. However, the pragmatic problem solving approach given by President Putin to the agenda of the G20’s work managed to contain any negative effects that the uncertainties and misunderstandings might have exercised during the meetings.

In line with the evolution of new global scenario, characterized by the transition from uni- to multipolar and by the related presence of new geopolitical and geoeconomic groupings, such as the BRICS and the Eurasian Union, the Russian presidency has fostered discussions and meetings concerning alternative solutions to liberal ones, responsible for the monetary and speculative crises in 2007—2008.

Russia and the mutipolar context

The Russian Federation, having very well overcome the consequences related to the collapse of the Soviet Union, despite considerable difficulties, has gradually over the last few years taken on a clear and significant global role. Today we can say, without fear of contradiction, that Russia is a pivotal element of the new world scenario, in which the major nations have to better define the tools for a balanced management of international issues, particularly those relating to the economy and global security.

Moscow has been able to achieve this important role through a shrewd international practice, which has favoured bilateral relations. This has enabled it to maintain its own geopolitical character, relative to relations with countries that were included in the former Soviet bloc, and at the same time to authoritatively influence the construction of the emerging multipolar system.

The concomitant presence of Moscow in the new geoeconomic and geopolitical clusters (BRICS, the Shanghai Conference Organization, the Eurasian Union ) that characterize the current international horizon, and the world's largest organizations, some of which are remnants of the old bipolar or unipolar system such as the UN, the World Trade Organization, and the special partnership that binds it on the issue of global security, to NATO, and so to the U.S. and its allies, is a crucial factor in view of the current geopolitical shift. The simultaneous Russian involvement, partially shared with other geopolitical entities, should invite leaders of the “Western system” to reflect on the opportunity of involving Moscow in governing well the current change from uni- to multipolar. The position taken recently by Paris, London and Washington in relation to the Syrian issue — when put in relation with its Russian counterpart — actually expresses a rigid attitude, marked by policies of the former bipolar or unipolar systems and therefore closed to the dynamics of the multipolar process.

The North American administration in particular does not seem aware that Russia is currently interested in building a new multipolar order, without hegemonic aims. Moscow’s dialogue with the Central Asian Republics, Beijing and New Delhi, Brasilia and Cape Town bears daily witness to those wishes.

This describes the tension between the past world system led by the U.S. (unipolar moment) and the new one (which we call multipolar for convenience) and marks the geopolitical transition now underway. In this context, the issue of security is certainly one of the topics of debate about national and continental interests of the major global players, since it concerns the redefinition of alliances and defence apparatuses, the statement of new military doctrines and restructuring and modernization of industrial supply chains linked to defence systems.

Russia and the European Union

Continental security, as well as that of energy, is one of the controversial nodes that Moscow and Brussels have delayed dissolving. The specific matters of security weighs heavily the subordination of EU member states regarding their hegemonic ally, the United States.

Whereas Russia shows signs of openness and even proposals for enhanced collaboration, aimed at building a common area of security (expressed in various forms, by the Russian ministers Shoygu, Lavrov, Deputy Minister Antonov and secretary-General of the collective Security Treaty, Borduzha), on the European side, other than rhetorical formulas of cooperation with Russian friends, one can sense a certain wariness.

A wariness that proves, in some ways, an inferiority including psychological of Europeans towards their ally the United States.

During the International Conference on European Security of 23-24 May 2013 held in Moscow, what can be defined as the overlap between “European security” and “Euro-Atlantic security” clearly emerged.

As part of the uni-multipolar geopolitical transition, the very concept of “Euro-Atlantic security” was seen to be outdated and contrary to the interests of the peoples of the EU.

The evolution of the geopolitical scenario from unipolar to multipolar will determine the short-term geostrategic context for which it will be necessary to identify, from the outset, new and consistent formulas of alliances and cooperation with Moscow.

The Russian Federation could play a determining role for the security of a common space that is not only Eurorussian, but also Euroasian. However, as long as Brussels lingers on rigid transatlantic positions, European security will be decided overseas.

Russia at the test of G20

Despite the very turbulent international framework, the Russian Presidency of the G20 has succeeded in keeping pace with its own schedule. Most likely, the problem-solving character imprinted in the work by Russia’s presidency, which ran from 1 December 2012 to the final summit in St. Petersburg on 5-6 September 2013, has enabled the success of one of the most important international forums. The question of economic growth, along with that of youth unemployment and the reform of the monetary system, has been at the centre of the main debates, as well as appointed in the agenda. Proposed solutions to boost growth and development involved, among other things, rules to be adopted for the granting of loans aimed at the implementation of major infrastructure projects. The theme of  building new and modernising existing infrastructure is of course very present not only in Russia but also in the rest of the BRICS and the Eurasian Union. In this regard, some analysts believe that the implementation of programs of infrastructural development of continental importance (such as the Transeurasian development corridor), supported by adequate investment and innovative rules and financial instruments could provide the driving force for mobilizing the economy of the European Union and, simultaneously, introducing the productive sectors of the Russians to the international system (1).